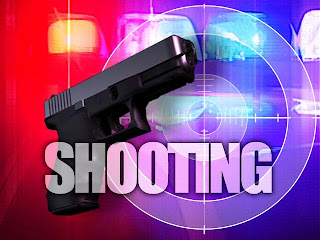 
Deputies arrest suspect in Wednesday shooting
GUADALUPE COUNTY — A 30-year-old Guadalupe County resident was arrested on an aggravated assault allegation early Thursday in the shooting of a Hays County man.

Mario Natal was booked into Guadalupe County jail on a charge of aggravated assault with a deadly weapon.

If proved at trial, the allegation is a second-degree felony punishable by two to 20 years in state prison and a fine of up to $10,000. Bail had not been set on Natal Thursday evening.

“He was travelling down the interstate in an erratic manner,” Tubbs said of the reason for the traffic stop. “San Marcos said they would be taking him to Brackenridge Hospital in Austin, and that they didn’t know exactly where the shooting had occurred.”

The victim, who Tubbs did not identify, was recovering from his wounds Thursday evening and was listed in stable condition.

Investigation revealed the shooting had occurred in Guadalupe County, and sheriff’s deputies who went to a residence off Aspen Street in Redwood called in Tubbs and Investigator Mark Reyes late Wednesday night.

Tubbs didn’t offer a motive for the shooting or say precisely where it was believed by investigators to have occurred.

He said investigation was still under way Thursday night, and would continue today.
Posted by Sam at 8:16 AM