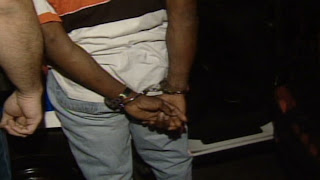 We call him "The Tick" because once Steve digs into a case he won't let go.

Danny Delgado Martinez was sentenced Monday to 50 years in prison for a sexual assault involving his daughter in 2003.

A Comal County jury in the 207th District Court found Martinez, 36, guilty Friday of aggravated sexual assault, which in this case was a first-degree felony because Martinez had already served time in federal prison for prior convictions.

“He needs this so he learns,” Julie Martinez said. “He always got away.”

The jury heard evidence over three days before delivering a guilty verdict Friday. Martinez pled not guilty and defense attorney Patton Zarate of San Antonio posited in closing arguments that perhaps Martinez’s daughter was coached so he would not gain custody of the couple’s youngest child. Martinez accused his late father-in-law, Hilario Castilleja, of the assault, but family refuted the claim.

“My husband was a very loving man,” said Virginia Castilleja, wife of Hilario Castilleja, who died in 2007. “How dare (Martinez) accuse him, after all we have done for him.”

The jury deliberated for about two hours Monday before coming to a sentence, said Steven de Lemos, who prosecuted Martinez for the district attorney’s office.

Martinez showed little to no emotion during the sentencing, de Lemos said. The defense called Martinez’s pastor and family to testify that he was “a changed man and had found God,” he said.