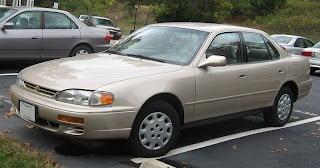 Possibly wonderful news for the defendant.

LINO LAKES, Minn. (AP) - Ever since his 1996 Toyota Camry shot up an interstate ramp, plowing into the back of an Oldsmobile in a horrific crash that killed three people, Koua Fong Lee insisted he had done everything he could to stop the car.

A jury didn't believe him, and a judge sentenced him to eight years in prison. But now, new revelations of safety problems with Toyotas have Lee pressing to get his case reopened and his freedom restored. Relatives of the victims - who condemned Lee at his sentencing three years ago - now believe he is innocent and are planning to sue Toyota. The prosecutor who sent Lee to prison said he thinks the case merits another look.

"I know 100 percent in my heart that I took my foot off the gas and that I was stepping on the brakes as hard as possible," Lee said in an interview Wednesday at the state prison in Lino Lakes. "When the brakes were looked at and we were told that nothing was wrong with the brakes, I was shocked."