Canary in the mine? 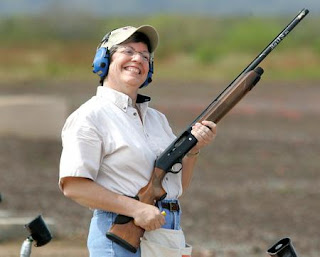 Really?  Folks will be tweeting their terrorist intentions?

Maybe they will post them on Face Book because after all, My Space is so passe.


During the Olympics, The Feds Will Be Reading Your Tweets – And the Blotter
DHS Is Monitoring Social Media and Web Sites for Terror and Disaster Info
By JASON RYAN - ABC News

As the winter Olympics begin, the Department of Homeland Security has disclosed that it will be monitoring the comments and posts on websites and social media like Twitter for information on possible terror threats. Among the sites listed in a privacy impact statement filed Friday afternoon by DHS are the Drudge Report, the Huffington Post, Twitter, Google and this web site, the Blotter.

Police patrol the area outside of the BC Place Stadium which will host the Winter Olympics opening...

Police patrol the area outside of the BC Place Stadium which will host the Winter Olympics opening and closing ceremonies, in downtown Vancouver on Feb. 7, 2010. As the winter Olympics kick off Friday the Department of Homeland Security has disclosed that they will be monitoring a variety of social media networks in the event of an emergency as part of their security efforts for the Winter Games.

More Photos
The National Operations Center of DHS will watch the web for information, according to the statement, to "provide situational awareness" in the event of natural disaster, an "act of terrorism, or other manmade disaster."

"The Olympics are a potential target for such events," said the statement. The statement did not list all web sites and social media that the NOC will monitor, but provided 31 examples, many of them, like the Blotter, sites that cover breaking news, security, or terror.