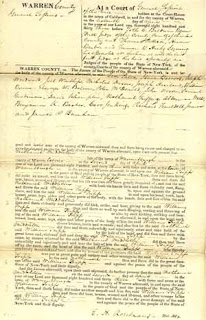 
Former Marion PD reserve officer indicted
SEGUIN — A former Marion reserve police officer accused of indecent acts involving a young girl was indicted Friday on a first-degree felony allegation that could send him to prison for the rest of his life.

The Guadalupe County grand jury indicted Dennis Dale Lee on an allegation of continuous sexual abuse of a child.

Lee, 57, was arrested May 12, 2009 on allegations that he touched the genitals of a young female relative.

He was booked by Guadalupe County Sheriff’s Investigator Robert Murphy and subsequently released from custody after posting $100,000 bail.

Friday’s indictment raises the ante for Lee, and comes under House Bill 8, legislation passed two sessions ago that created a new category of crime — continued sexual abuse of a child or children under age 14 — and set a sentence of 25 years to life for someone who is convicted under the statute.

According to a statement released by Hollub’s office, Lee will also have to serve the entire sentence, if one is imposed, without parole.

“It’s always a sad day when we have to prosecute a member or former member of law enforcement, but when they violate the public trust it is vital that the public know we will hold them accountable,” Hollub said.

According to the affidavit Murphy filed last May 12 seeking Lee’s arrest, the situation came to light a week earlier when the mother of the victim had reported an outcry in New Braunfels regarding Lee and his alleged conduct.

The affidavit said Lee had been playing a game with the 5-year-old girl he called “mouse” that included “the touching and rubbing of the child’s genitals by the hands of ... Dennis Lee.”

The child was taken to Guadalupe Valley Regional Medical Center for a forensic examination, Murphy reported.

Murphy and other investigators believe the abuse went on for a period of months or longer. Forensic examinations revealed it had been “at least one and more likely several years,” Murphy wrote.

“The examination revealed that ... Dennis Lee had been touching and rubbing the child’s genitals over the clothing, and this had been occurring for a number of years,” Murphy wrote in the affidavit.

The original allegation, indecency with a child by sexual contact, is a second-degree felony punishable by two to 20 years in state prison and a fine of up to $10,000.

In addition, the grand jury handed up indictments on two people who were allegedly involved in an October, 2009, home invasion in which the victim was forced to withdraw money from ATM machines, as well as a variety of charges for violent crimes authorities say involved several alleged members of the 74 Hoover Crips criminal street gang, among others.

Troy A. Cunningham, 29, indicted on an allegation of possession of a controlled substance, has been indicted on enhanced charges as a habitual felon and faces 15 years to life in prison for the alleged possession of a large amount of cocaine, Hollub’s office reported.

McClure and co-defendant Damien Ussery, 24, were indicted on two counts of aggravated robbery, two counts of aggravated assault with a deadly weapon and engaging in organized crime for a June 2009 assault on rival gang members who Hollub said were beaten so severely they were airlifted to a trauma center for emergency treatment. McClure and Ussery face five to 99 years on each of the four charges.

McClure, co-defendant Patrick L. Wilson, 24, and three others were indicted on 10 counts of burglary of a habitation and engaging in organized crime for a string of burglaries that occurred in June and July of 2009. McClure and Wilson face five to 99 years on each of the 10 allegations.

“We’ll continue to prosecute these cases aggressively and believe this will send a strong message to those who would terrorize our community,” Hollub said.
Posted by Sam at 7:36 AM