Hey! We're sorry what else can I say? 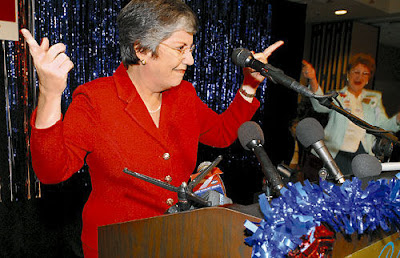 The TSA apologizes to the family.

Big deal.  What they did was still pretty reprehensible in my opinion.

TSA apologizes to boy who had to remove leg braces
PHILADELPHIA (AP) — The Transportation Security Administration has apologized to a boy allegedly forced to take off his leg braces during screening at Philadelphia International Airport.

Bob Thomas, a Camden, N.J., police officer, says it happened in March when he and his wife were flying to Orlando, Fla., with their 4-year-old son, Ryan.

The boy wears leg braces because he is developmentally delayed. Thomas says a screener told the family the boy had to take off his braces.

The case was featured in a column in The Philadelphia Inquirer.

Davis said the agency has no reason to doubt the family's story. She says there are other ways to screen people with leg braces.
Posted by Sam at 7:09 AM