Some, I'm sure, are running scared 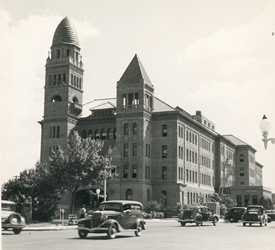 A lot of angst I am sure is going on at the Bexar Courthouse these days.

By Guillermo X. Garcia - Express-News
Amid charges of unprofessional behavior, the three-dozen-plus judicial races on the local primary ballot are some of the hottest in recent memory.

Now, a handful of races among the 39 judicial contests on the March 2 primary ballot are generating political heat.

Bexar County Elections Administrator Jacque Callanen says that even with the retirement of a handful of judges and the creation of six new Bexar County courts by the Legislature last year, she can't recall when there have been more positions in play as there are on the March 2 ballot.