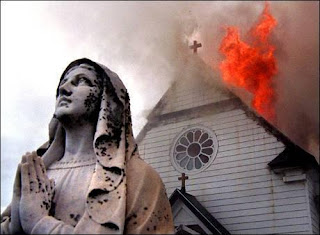 I am glad they caught the fellows who were allegedly doing this.

I imagine that after this earthly jurisdiction is done  with them there may be further sanctions in another jurisdiction.

One of the suspects, Daniel George McAllister, 21, of Ben Wheeler, was arrested by Texas Rangers in San Antonio. It was not immediately known why he was here.