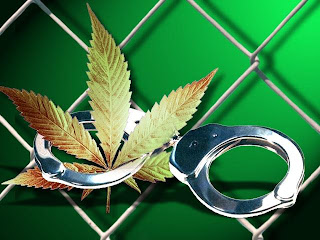 From our neighbors to the north, Kerr County.

As Gaige approached the vehicle, the 20-year-old driver rolled down the window, and Gaige reported that he smelled a strong odor of marijuana coming from inside, according to a Kerrville Police Department report.

The driver stepped out of the vehicle, and Gaige asked the front passenger, an underage woman, to also exit the vehicle. They consented to a search of the car, and, when Gaige opened the rear passenger door, he reported that he found a bag of marijuana.

Gaige searched the passenger who had been sitting where he found the bag of marijuana and found brass knuckles in his back pocket. He also found several small pipes in the glove box and a bowie knife under the front passenger seat, according to reports.

The driver was arrested for possession of less than 2 ounces of marijuana and taken to the Kerr County jail.

The minor with the brass knuckles was arrested for possession of less than 2 ounces of marijuana and possession of a prohibited weapon. He was taken to the Juvenile Detention Center.

The other four passengers were released.
Posted by Sam at 7:35 AM