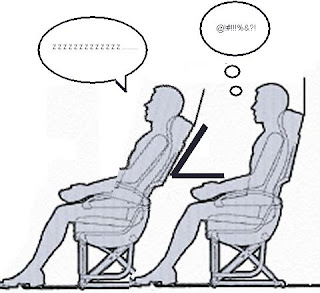 Good for him in letting the crew handle this.

Republican politician Mitt Romney was physically threatened by a violent passenger on an Air Canada flight leaving Vancouver this morning.

Mr. Romney, who has been in Vancouver since Friday for the Olympic Winter Games, did not respond to the attack. Instead, he allowed the airline crew to deal with the incident, according to his spokesman Eric Fehrnstrom.

Mr. Romney, 62, and his wife, Ann, were sitting in Row 15 of the economy section of the Embrarer 190 airplane, waiting for the plane to take off when the incident happened.

The man sitting in front of Mr. Romney’s wife dropped his seat back and when Mr. Romney asked him to move it upright for takeoff, the man became “physically violent.” Another report said that the man tried to strike Mr. Romney.

Mr. Romney was not injured. The pilot returned to the gate and the passenger and his bags were removed by the RCMP.

He and his wife were in Vancouver for the opening of the Olympic Winter Games. As the former president and CEO of the 2002 Salt Lake Games, the Romneys were guests of honour at these games.

They attended Friday’s opening ceremony and had always been scheduled to leave today.

About his Olympic experience in Vancouver, Mr. Romney wrote on his website: “An Olympic update from Mitt and Ann Romney shows they’re having fun in Vancouver as they take in the action at the speed skating venue. As you can see, it’s a great place to wear some great USA Olympic gear of one’s own.”
Posted by Sam at 8:04 AM