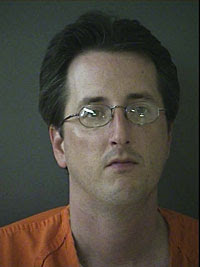 Even though there are no allegations that he molested any boy scouts or cub scouts this news is surely something the Boy Scouts of America do not need.

A local Boy Scouts of America pack leader was recently arrested on allegations he sexually assaulted two of his stepchildren, even though the children's mother refused to believe repeated claims from one of the victims that he was being abused, authorities said.

Scott Thomas Hartman, 33, was being held in Bexar County Jail on two counts of aggravated sexual assault of a child. His bond was set at $150,000.

While the allegations are not related to his service with the Boy Scouts or Cub Scouts, Hartman has been removed from the Boy Scouts of America program, said John Coyle, a spokesman for the organization's Alamo Area Council.