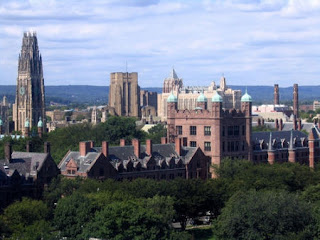 Person of interest in Yale murder taken into custody.

NEW HAVEN, Conn. (AP) - Police have taken a Yale University animal research technician into custody to collect DNA samples and searched his apartment for evidence that might link him to the death of a graduate student who worked in the same lab.

More than 20 police officers and FBI agents searched the apartment of 24-year-old Raymond Clark III Tuesday night and led him away him as neighbors leaned over the building's iron railing and cheered.

New Haven Police Chief James Lewis described Clark as a person of interest, not a suspect, in the death of Annie Le. The 24-year-old graduate student's body was found stuffed behind a wall in a campus research building Sunday, the day she was to be married.