Go to jail, do not pass go II 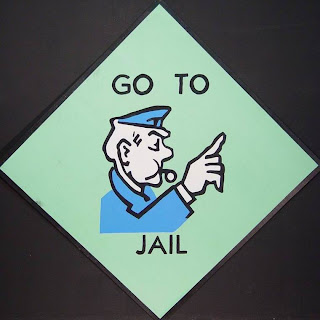 A San Antonio man accused of drugging an acquaintance at a party, then tying her to a bed and raping her was sentenced Monday to 15 years in prison.

Derrick McDaniel, 32, pleaded no contest last month to aggravated kidnapping with intent to commit sexual assault in the June 14, 2006, incident at a Northwest Side apartment. As part of the plea agreement, prosecutors will ask state District Judge Juanita Vasquez-Gardner to sentence McDaniel to no more than 15 years in prison.

The victim told police she blacked out after a party at her apartment in which McDaniel, a former co-worker, had been mixing her shots. She woke up in a panic in the middle of the night to find somebody on top of her and covering her head, she said.