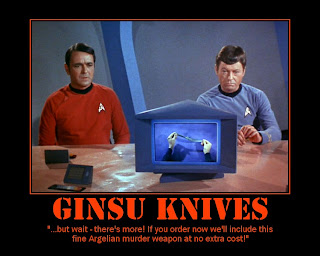 Killed by being stabbed by medical syringes?

What? Don't they at least have Ginsu knives in China?

Authorities in the restive northwestern Chinese city of Urumqi imposed an overnight traffic ban on Monday, state media reported, despite claims the situation had calmed after deadly unrest.

The city government banned traffic in the centre of the city from 9:00 pm Monday until 9:00 am local time on Tuesday, while almost every intersection was guarded by armed police, the official Xinhua news agency said.

A later Xinhua report said Xinjiang regional authorities had also posted a public notice in Urumqi vowing to protect residents and warning anyone who uses a syringe to attack someone would be punished -- including the death penalty.

Mass protests were sparked in the regional capital last week after reports that hundreds of people had been stabbed with syringes in the city, with a demonstration on Thursday leaving at least four dead.