The future of electric power generation 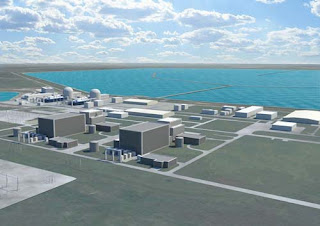 Coal is dirty, wind and solar electrical generation too expensive and won't generate enough energy to meet future needs. Petroleum, including natural gas, is a dwindling and increasingly expensive way to generate electricity.

Nuclear energy only makes sense, is cheap, after the initial cost of building safe reactors, and will generate enough electrical energy to meet the needs for our region and its expanding economic base and growth.

Sometime in October, CPS Energy will present the City Council with an offer it can't refuse.

Whether or not CPS Energy's board of trustees gives the green light for new nuclear reactor construction, the city-owned utility still will ask San Antonio for the go-ahead to issue an additional $400 million worth of bonds to plow into the project.

If the council says no, CPS Energy officials warn the city will lose the $276 million it's already spent, since its pact with partner NRG Energy includes provisions that would force the utility to essentially hand over its share if it defaulted.