No tax increase on the middle class, Huh? 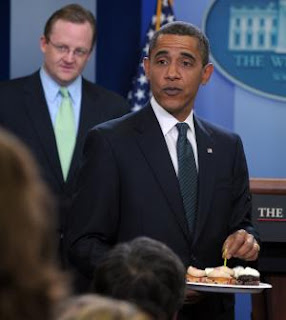 Is anyone listening? Anyone??

This is from a Democratic Senator, folks.

It is "buried" in an ABC News blog. Why?

It's not every day that you hear a Democratic senator charge that a fellow Democrat is proposing to raise taxes on the middle class, but that is what happened on Tuesday when Sen. Jay Rockefeller, D-W.Va., ripped into the health-care bill developed by Sen. Max Baucus, D-Mt., the chairman of the Senate Finance Committee.

The Baucus proposal would impose, starting in 2013, a 35 percent excise tax on insurance companies for "high-cost plans" -- defined as those above $8,000 for individuals and $21,000 for family plans.

Health economists believe a tax on high-priced benefits could help slow the growth of health costs by making consumers more sensitive to prices.