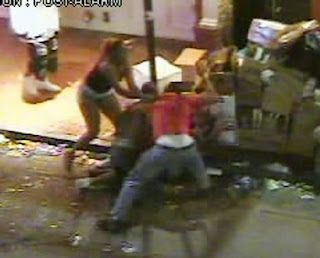 
Three men hospitalized after brawl
From staff reports - The Herald-Zeitung

A Tuesday morning brawl in New Braunfels among four men involving a knife, a metal chair and a cinder block left three of them in the hospital with various injuries.

Miguel Castillo, 39, remained in the emergency room Tuesday night at University Hospital in San Antonio. Robert Gomez, 44, was listed in stable condition at University. The condition of Richard Cruz, 50, could not be verified.

A fourth man, Robert Cowen, 50, was released at the scene with minor injuries.

No arrests have been made, but Lt. Michael Penshorn of the New Braunfels Police Department said police would likely file charges after an investigation is concluded.

Police arrived at the 1500 Block of Lorelei Lane at about 4 a.m. after receiving a call about a street fight. Two of the men had sustained stab wounds, and another had suffered various injuries serious enough to warrant a trip to the hospital.

Police do not know how the fight started. An investigation is ongoing.
Posted by Sam at 5:08 AM