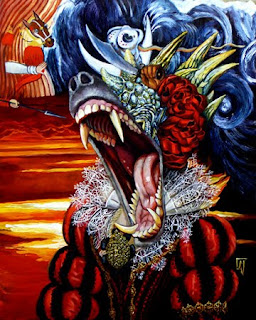 Another good job of prosecuting, Scotty Simpson, from the sound of it.

A San Antonio man convicted of beating to death his 66-year-old wife after she allegedly sold his belongings for drugs received a 35-year sentence Friday.

Edler Gilstrap will have to serve at least half of the sentence before he is eligible for parole.

The hard-of-hearing 56-year-old pushed back his shoulder-length white hair and cupped a hand to his ear Friday morning as state District Judge Ron Rangel assessed the sentence. He has been in custody since Jan. 14, 2007, when family members found Sandra Gilstrap unconscious inside their Northeast Side home.