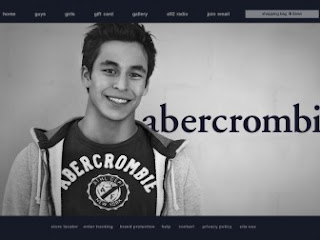 It sounds like they should have been hit by the fine.

The company has had employment discrimination problems in the past and this just seems to be more of their "tone deaf" stances.


Girl: I was treated like a 'misfit' at Abercrombie & Fitch

Abercrombie & Fitch was fined $115,264 for refusing to let an Apple Valley teen help her autistic sister try on clothes.

Four years after Abercrombie & Fitch refused to let a teenager help her autistic sister try on clothes at its Mall of America store, state officials have fined the company $115,264 for discriminating against a disabled person.

The hefty penalty from the Minnesota Department of Human Rights pleased the Maxson family of Apple Valley, which was forced to push hard for satisfaction after the retailing giant refused to apologize for the incident and even questioned whether the girl was disabled. The fine was levied in June but made public this month.

Michael K. Browne, the department's legal affairs manager, said the size of the penalty is the largest in at least two years. The amount reflects his agency's effort to prevent future discrimination of this kind, as well as the cost of litigation forced by the "pushback" from Abercrombie & Fitch. "We don't want anything that happened in this case to repeat itself," Browne said.