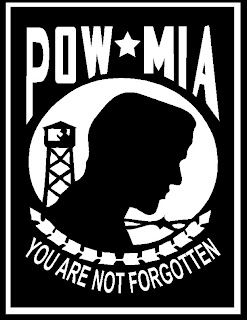 We owe so much to the men and women who have answered our nation's call.

Especially to those who were prisoners of war and to those who otherwise paid the ultimate price in the defense of their country and never came back home.

Each of Gloria Cardenas’ eight brothers served in the U.S. Armed Forces, but one never came home.

Gilbert Lopez Sanchez went missing in action in December 1950 during the Chosin Reservoir engagement in North Korea. He was a sergeant in the Army and trained as a medic at Fort Sam Houston. Nothing was ever found of his remains.

After the war he was declared missing in action/presumed deceased, and posthumously received the Purple Heart for injuries incurred in a previous engagement, an accident in an ambulance.

“They’ve got my DNA,” Gloria said, “in case they ever find anything.”

Stories like this prompted Dan Hafeman, Benito Guerrero and others involved in the Veterans of Foreign Wars Post 7110 in New Braunfels to push for the city to recognize those who went missing in action or were prisoners of war on POW/MIA Recognition Day, which is today.

Their efforts were rewarded Monday when Mayor Bruce Boyer presented the organization with a certificate declaring the holiday at the New Braunfels City Council meeting.

Beginning at 9:45 a.m. today in Prince Solms Park, a ceremony and military display program will begin, complete with a quintet from the Fort Sam Houston Army Band, a posting of the Color Guard by the New Braunfels High School Junior ROTC, a guest speaker who was a POW, and a bagpiper, Ethan Baker of Seguin, playing Amazing Grace.

The table of honor ceremony involves placing four hats from each branch of the military in front of four empty chairs, along with other imagery to symbolize the fate of the recognized service members.

After the table of honor, Ray Howard, a veteran of the Korean conflict, will speak of his experiences as a POW.

There will also be displayed a 1966 Vietnam-era Jeep with a .50-caliber machine gun, mounted with photos and pictures and artifacts on the Jeep, Guerrero said.

Gloria Cardenas said she appreciates the recognition for her brother each year, who was only 21 years old when he went MIA. Everything his family can do to remember him, even little things, matter. Cardenas keeps a folder filled with letters, pictures and other items from her brother that she and her mother collected over the years.

“My mother saved everything of his, even his graduation ceremony program from medical training school at Ft. Sam,” she said.