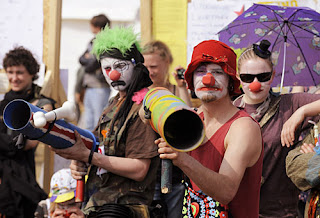 I never thought that the deputy would get indicted.

What about the job security for the wayward jailer however?

Will he have a job when he's done recovering?

“They found no criminal activity on anybody's part,” District Attorney Bruce Curry said of the shooting of Daniel Spengler, 22, by a sheriff's deputy. The panel heard testimony from Texas Ranger James Scoggins.

Spengler was shot in the leg after hiding in an unfinished part of the building and making noises in a bid to scare dispatchers working nearby at about 4:45 a.m. on Sept. 20, officials said.