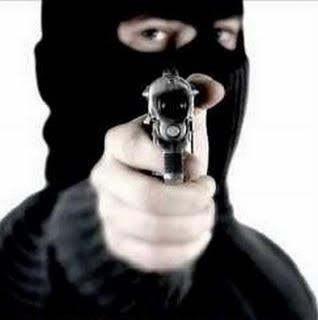 You'd think they'd learn not to point their guns at an officer.

A man suspected of robbing a West Side gas station was shot and killed late Sunday by police when they confronted him in the parking lot and he refused to drop his weapon.

The shooting occurred around 10:45 p.m. at a Valero gas station on Culebra Road near NW 18th Street.

San Antonio Police Chief William McManus said two officers with the Tactical Response Unit were patrolling the area when they spotted someone wearing a ski mask running into the convenience store.