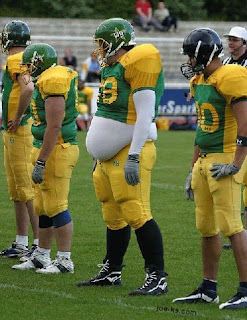 OMG!! is Homeland Security going to come after me?

I was afraid I was going to get sent to a re-education camp, now I'm worried it will be the fat farm.

Will health care reform include paying for gastric by-pass surgeries?

BTW fat terrorists should be easy to spot and catch.

Can you spot the likely terrorist suspect in the photo?

As U.S. surgeon general, Dr. Richard Carmona raised eyebrows by describing obesity as “the terror within” and a threat to national security.

At a national conference on Hispanic childhood obesity here Thursday, he hadn't softened his stance — pointing to rising rates of Type 2 diabetes, obesity, hypertension and heart disease among young people.

“Let's look at who will be the next generation that will be our first responders, police and fire and military uniformed personnel, who will protect the nation and communities. They ain't going to be there, folks,” said Carmona, who served as surgeon general from 2002 to 2006.