Those bikes are expensive 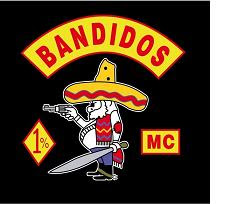 David Gonzales Cardenas, 39; Jesse Benavides, 32; Robert Romo, 37, and Daniel Hernandez, 30, were indicted Sept. 16 on charges of possession with intent to distribute more than 500 grams of cocaine and 50 grams of methamphetamine, and conspiracy. The indictment also says the government seeks the forfeiture of a house in the 4200 block of Northington.

The investigation involves the Drug Enforcement Administration, San Antonio police, the Texas Department of Public Safety, the FBI and other area agencies.