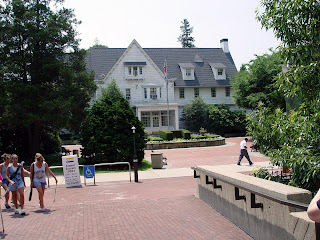 Yale, Hofstra, these are not college pranks folks.

Be safe out there.

HEMPSTEAD, N.Y. - Five men gang raped an 18-year-old Hofstra University student on campus early Sunday morning after one of them lured her away from a party by snatching her cell phone, according to police. Detectives have arrested four men and are looking for the fifth suspect.

Cops would not say whether the victim knew any of the men beforehand or where on the sprawling Hempstead campus she was attacked.

Jesus Ortiz, 19, and Rondell Bedward, 21, both of the Bronx were arraigned on rape charges on Monday. Ortiz also faces grand larceny charges for allegedly stealing the woman's mobile phone.