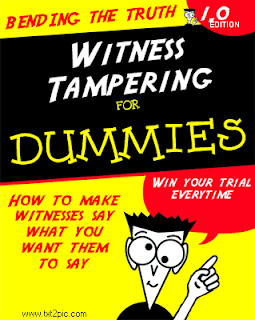 Move this case along. If he's found guilty terminate him from the force.

Is there enough evidence to terminate him now instead of placing him on administrative leave?

If there isn't why was he arrested for witness tampering?

A San Antonio police officer already under investigation for allegedly breaking into his ex-girlfriend's house was arrested again Wednesday on suspicion of tampering with witnesses possibly associated with that case, officials said.

Jason Rozacky, 36, was charged with tampering with a witness and remained in the Bexar County Jail late Wednesday, according to county records. His bond was set at $75,000.

The 14-year veteran has been on administrative leave with pay since late August after his ex-girlfriend accused him of sneaking into her house and assaulting her after she refused to let him in. Because the woman lives outside the city limits, the Bexar County Sheriff's Office handled the case.