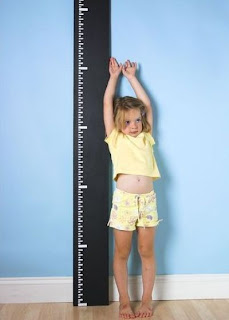 With a quickly growing population so comes a growing crime rate and the need for a larger jail.

One of the things I admire about Comal County, its Commissioner's Court, and its elected officials is that they do plan ahead for the needs of their community.

A new jail facility might be on the horizon for the Comal County Sheriff’s Office.

The Texas State Jail Commission is in the process of making an assessment of the current facility, a necessary first step before county commissioners can decided whether to move forward on a design phase.

Though in the early stages, the action is something Sheriff Bob Holder said he supports.

“We’re close to reaching our capacity,” Holder said. “When you start getting more than 300 beds occupied, common sense tells us that as fast as this city is growing we are going to wind up over the limit.”

Adjoined to the Sheriff’s office on W San Antonio Street, the jail has a maximum occupancy of 337 inmates. Though that number has never been reached, jail officials say it is only a matter of time before daily jail occupancy catches up with the recent population boom in New Braunfels.

“We don’t have a problem with overcrowding at this time,” said Major John Bell, jail administrator. “But with the population growth going on, we’re getting closer to that occurring.”

Bell said he remembered the number reaching above 300 a couple of times, but said maximum occupancy had never been reached. On Thursday, the inmate count was 241.

“We are having internal meetings right now about where we are and where we need to go,” Bell said. He said it was unclear whether expansion of the existing facility or the construction of a new building was the most viable option.

“Once we get the needs assessment done, that will tell us which way to go,” Bell said.

County Auditor David Renken said at this point, any talk about a new jail is conceptual and its importance would have to be weighted with respect to the proposed $36 million, three-story justice center, something county officials are pressing hard for.

Underscoring security and infrastructure deficiencies in the old courthouse, officials have made it clear a new justice center is first priority.

“(The jail) just showed up on our radar screen a week or so ago,” Renken said. “Obviously, we have a number of other projects which we’ve been working on for five or six years – like the justice center. At this point, the sheriff and the jail administrator have made the court aware that this is something we need to start talking about.”

Renken said it was “way too preliminary” to determine a timeline for any possible expansion of the jail.

Holder acknowledged the importance of a new justice center, but said part of his job was to look ahead. Along with capacity issues, the jail is dealing with aging air conditioners, a deteriorating roof, and leaking underground pipes.

“We need to expand the size of the Comal County jail and meet the needs of this community for at least the next 20 to 30 years,” Holder said.
Posted by Sam at 6:26 AM