Weep for the lost 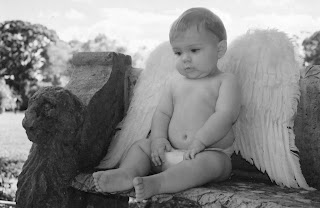 It sounds like the poor baby never had a chance.

May she rest in peace.

The young father of a 7-week-old infant found dead outside a West Side fire station secluded himself in his home for hours until police officers swarmed it and arrested him Wednesday evening.

Before that, 18-year-old Ramiro De La Rosa ignored repeated knocks on his door and opened it only once, slipping a piece of paper outside. The terse, handwritten note read: “don't wan't to talk about it, do not know how she passed away but her are her pic!”

Attached to the paper was a proof sheet of two photos showing a sleeping, dark-haired newborn wrapped in a white blanket. They were photos of Jayda De La Rosa, who was found dead about 7 a.m. outside Fire Station 10 in the 1100 block of Culebra Road. The fire station is three blocks from De La Rosa's house.