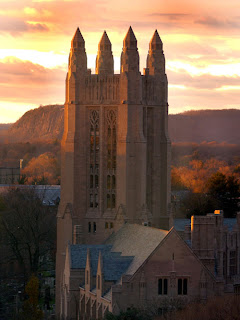 My belief is that it was someone she knew and trusted who had access to the school.

I hope they are caught soon.

Five days after Annie Le MED ’13 was last seen, the authorities found what they believe to be her body on Sunday behind a basement wall in the Yale research facility at 10 Amistad St.

The case is now classified as a homicide and will be investigated primarily by the New Haven Police Department. Peter Reichard, the NHPD’s assistant chief of investigations, said at a press conference Sunday evening that law enforcement officials have still not identified any suspects in the murder of Le, who was supposed to be married yesterday.

Speaking to reporters outside Woodbridge Hall late Sunday night, University President Richard Levin conveyed the “deeply felt support of the entire Yale University community” and said “our hearts go out to the family of Annie Le, to her fiance, to her friends.”