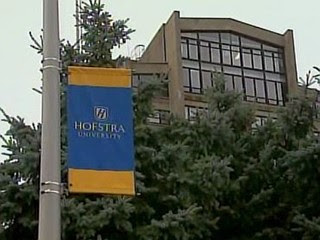 Yesterday, I posted an article concerning an alleged gang-rape of a Hofstra University student in New York.

Apparently the story was made up. This kind of nonsense makes it so much more difficult to prosecute the 'real" cases of sexual assault and abuse. It plays into the hands of defense counsel who try to cast unreasonable doubt into cases in which assaults have actually occurred.

This student needs to be held accountable.

NEW YORK (CBS) ― The student who alleged she was gang raped by five men inside a Hofstra University dormitory bathroom on Sunday has admitted to making the entire story up, the Nassau County District Attorney's office confirmed on Wednesday night.

Charges against the four men arrested have since been dropped.

Moments ago my office moved to dismiss all charges against four men accused of committing a sexual assault on the campus of Hofstra University.

Late this evening, during the continuation of the Nassau County Police Department's investigation of the allegation, and under questioning by my office's chief trial attorney and chief sex crimes prosecutor, the alleged victim of the sexual assault admitted that the encounter that took place early Sunday morning was consensual.

Following the interview, my office moved quickly to appear before a night court judge to dismiss all charges and request that the judge order the individuals' immediate release.

Nassau County Judge Robert Bruno dismissed the charges and ordered their release. I have launched an immediate criminal investigation into the statements and reports given by the woman in connection with this incident. Further details regarding this investigation will be released at a later time.

The four men, Hofstra student Rondell Bedward, 21, Stalin Felipe, 19, and Jesus L. Ortiz, 19, all of the Bronx; and Kevin R. Taveras, 20, of Brentwood, had been charged with five counts of first-degree rape.

They told CBS 2 HD's Kathryn Brown on Wednesday night they were happy to be released after spending three nights in jail, but did not offer opinions on the accuser. They said they did not know the accuser and had no idea why she would make up such accusations.

Felipe said he's just relieved the entire ordeal is over.

"I'm actually very happy that the truth finally came out," Felipe said. "I'm blessed. My family is here right now to pick us up and I'd just like to thank everybody for your support out there. The truth is finally out.

"I prayed to God on the inside that everything would work out. I actually thought everything was going to go down bad. It feels so horrible when you are innocent and then you are going down like you are guilty.

When asked if he had any reaction to the fact that the woman lied about the incident, Felipe took the high road.

"Basically I have no hard feelings toward her. I don't know why she did it. I don't know her so I don't want to say anything bad about her," Felipe said. "I grew up in an all-women household. I have sisters. All my women are aunts. I respect women. I would never disrespect women, so being accused of that hurt me and my brother, you know? I'm just happy that everything is finally out in the open and we get to go home."

As of late Wednesday night, the district attorney had not decided whether to press charges against the woman. A press conference will be held Thursday morning.

Police on Long Island had been searching for a fifth man said to be involved in the rape, but that has also been called off.

The shocking announcement undoubtedly will ease tensions at Hofstra, where students told CBS 2 HD on Wednesday they were somewhat fearful and had taken notice of heightened security measures enacted by the school.

To the Members of the Hofstra Community:

We have been notified by the Nassau County District Attorney's Office that the young woman involved in the alleged rape incident has recanted her claims against the five young men.

This week has been a very difficult one for our entire community, and we will need time to heal and understand the events of the last few days. As additional information becomes available we will post it on the University home page.
Posted by Sam at 7:12 AM