3 hots and a cot for the rest of his life 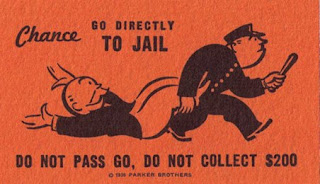 Thank you Judge Vasquez-Gardner for doing what should have been done a long time ago.

Putting him away for as long as legally allowed.

A San Antonio man convicted last month of stabbing an acquaintance, setting her on fire and cutting her throat was sentenced Monday to life in prison.

Gerardo Gutierrez's punishment came after prosecutors described a long criminal history that included an escape attempt from custody at the Bexar County Courthouse in which he was found in an air conditioning duct. They also called to the witness stand two women who said they were sexually assaulted by the 35-year-old registered sex offender.

“Your path of destruction would compel any judge to sentence you to life in prison,” state District Judge Juanita Vasquez-Gardner told the defendant.