Stick a fork in it its done 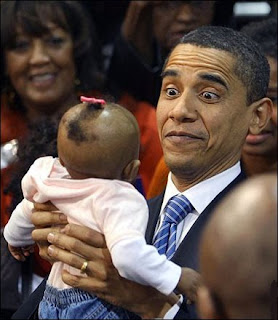 I believe this sounds the death knell for health-care reform.

Are you all wee wee'd up?


Obama: Legalize illegals to get them health-care
Republicans see a backdoor move towards 'amnesty'

By Stephen Dinan The Washington Times

President Obama said this week that his health care plan won't cover illegal immigrants, but argued that's all the more reason to legalize them and ensure they eventually do get coverage.

He also staked out a position that anyone in the country legally should be covered - a major break with the 1996 welfare reform bill, which limited most federal public assistance programs only to citizens and longtime immigrants.

"Even though I do not believe we can extend coverage to those who are here illegally, I also don't simply believe we can simply ignore the fact that our immigration system is broken," Mr. Obama said Wednesday evening in a speech to the Congressional Hispanic Caucus Institute. "That's why I strongly support making sure folks who are here legally have access to affordable, quality health insurance under this plan, just like everybody else.