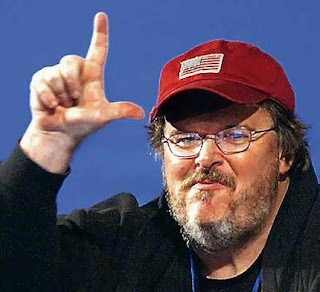 Then give me more of that evil please.

I am sure that Mr. Moore will not take any of the money he makes off of this film as that would mean consorting with evil.

VENICE (Reuters) - Capitalism is evil. That is the conclusion U.S. documentary maker Michael Moore comes to in his latest movie "Capitalism: A Love Story," which premieres at the Venice film festival Sunday.

Blending his trademark humor with tragic individual stories, archive footage and publicity stunts, the 55-year-old launches an all out attack on the capitalist system, arguing that it benefits the rich and condemns millions to poverty.

"Capitalism is an evil, and you cannot regulate evil," the two-hour movie concludes.