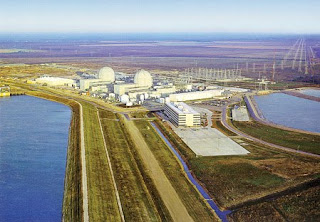 1. Will we require more electrical power in the future?

2. Will it cost more, the longer we wait, to build the reactors?

The answers are yes and so why are we waiting? There will be enough water to run the reactors, even if we need to desalinate sea water to run it.

During the intense Southeast drought of 2007, when the region desperately needed to power its air conditioners, the Browns Ferry nuclear complex in Alabama had to shut down one of its reactors for more than a day and significantly reduce power from two more.

In the deadly European heat wave of 2003, many of the French nuclear plants were in a similar bind and were forced to power down as thousands were overcome by heat-related illnesses.

The culprit in both cases was a lack of water in the rivers used to operate and cool the reactors.

Situations like these have many questioning if there possibly can be enough water in fast-growing, drought-prone South Texas to meet the needs of two more nuclear reactors being proposed at the South Texas Project plant outside Bay City.