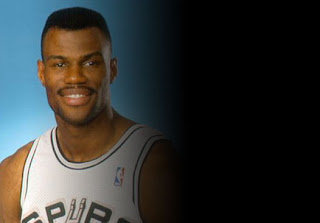 The "Admiral" has always been one class act.

And a great asset to the San Antonio area.

Michael Jordan cried, with tears running down his face, after watching a video of his basketball career.

“The game of basketball has been everything to me,” Jordan said after he spent considerable time thanking all of those who had inspired him to crush them.