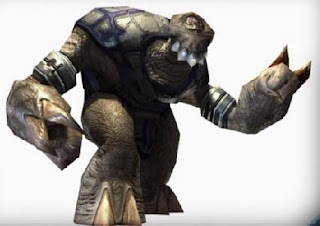 What a brutal murder.

When you're found guilty I hope you are put away for life.

You can be your bad self there away from society.

Erasmo Santa wouldn't be on trial on a murder charge this week had he walked away after knocking down a neighbor who showed up at his home asking for food.

Instead, Santa ended the fight on the night of Aug. 18, 2007, by stomping his work boot down three times on the head of John Ellsworth Wilson, prosecutors said during opening statements Tuesday in the 42-year-old's trial.

Wilson, described by prosecutors as a slight-framed alcoholic who occasionally took leftovers from Santa's girlfriend at the Lackland Mobile Home Village on the West Side, died two months later in a hospital. He never regained consciousness.