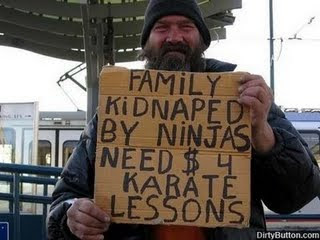 It sounds like this poor woman has some issues.
Police: Woman reports false kidnapping
By Eva Ruth Moravec - SAEN

Yvette Medina was charged with making a false report to a police officer. She remained in custody Wednesday on $10,000 bond.

Medina called police at 3 a.m. to report that an unknown man grabbed her twin sister by the hair and forced her into a truck outside their home in the 9100 block of Ranch Corner Road.