The race heats up 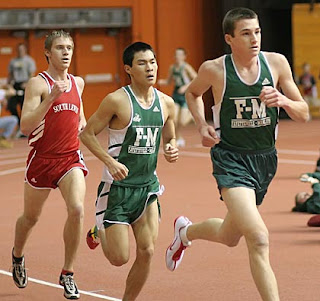 In addition to the rain its also apparently raining candidates in Comal County.

That will make 3 candidates for JP#1.

A third Republican has joined the 2010 race for Pct. 1 Comal County Justice of the Peace.

Local attorney D.L Schraub announced Friday that he will run against incumbent William Schroeder and challenger Tom Clark in the 2010 March primary election.

Schraub is choosing to run again after he was defeated by Schroeder in the 2006 Republican primary.

“I still think there are a lot of ways that we can improve that office, and I think I could bring about some positive changes for people in this county,” Schraub said. “As citizens and taxpayers of Comal County, they deserve a JP who understands their concerns and will respond to their needs.”

Schraub finished a distant third in 2006 behind Schroeder and fellow challenger Norma Keeton, earning 17 percent of the total votes cast, compared to Schroeder’s 51 percent. Keeton won 31 percent of the votes.

Schraub received an undergraduate degree in business from the University of Texas before earning his law degree from St. Mary’s University.

He said he would like to see the justice of the peace become more involved in the New Braunfels teen court and respond to death inquests in a more timely manner. He also would like see the Pct. 1 JP office open longer.

“I would extend the office hours rather than the current practice of closing on Fridays,” he said. “Taxpayers are entitled to get their money’s worth.”

The primary election will be on March 2, 2010, with the winner moving on to the general election in November.
Posted by Sam at 6:15 AM