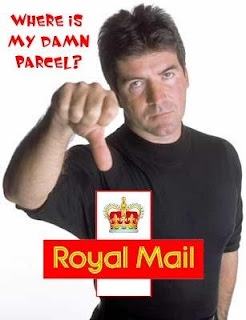 A fetish gone wild, resulting in theft of mail.

Think of all the folks wondering what happened to the stuff they ordered years ago.

When confronted the 35-year-old admitted he had taken them.

He told Peterborough Today: "It seems I'm really into something that's overtaken my mind. I had no intention of doing anything with it."

"They found sex toys, underwear, lingerie and books that had been sent through the post."

He managed to escape detection for so long because he would open up multiple delivery packages, take out one or two items, then do up the box again and deliver it.

"This is a very serious matter. There was a large breach of trust involved. It does cross the custody threshold."

A spokesman for Royal Mail said: "The overwhelming majority of our people are honest and we have a zero tolerance policy to any dishonesty."