A valuble and costly lesson 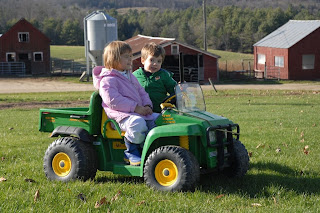 The kid taught his teacher a lesson.

Keep your car keys on you.

An eight-year-old German schoolboy who wanted to complain to his mother about being sent out of class took his teacher's car and crashed it, police said.
The boy, banished from class for disrupting a lesson, pinched the 40-year-old teacher's car key when she was not looking and managed to start up her compact car, accelerating and putting the vehicle into first gear.
"The little fellow drove for about 25 m (yards) before crashing into a Volvo, also parked in the car park outside the school," a police spokesman in the eastern German city of Zwickau said on Thursday.
The boy later told police he had wanted to drive home to his mother to complain about the teacher sending him out of class.
Police estimated he caused 8,000 euros (NZ$18,600) of damage.
Posted by Sam at 8:27 AM