Happy Thanksgiving to y'all! 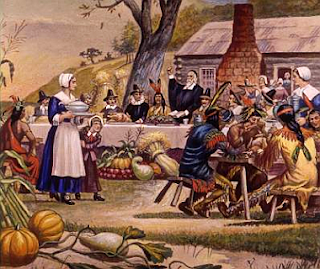 A Happy Thanksgiving to all of you and your loved ones from the Man o' Law family!

We give thanks to God above for all he does and to all of you who help in our communities keeping us safe.
Early turkey gets the cans
Ashlie McEachern The Herald-Zeitung
Deep-fried turkey, the company of friends and the chance to help those in need were the recipe Wednesday for Billy’s Ice’s Third Annual Turkey Fry. The event was held to benefit the New Braunfels SOS Food Bank by encouraging people to bring canned goods. In return, patrons were provided with a complimentary turkey dinner.

Nick Sisoian, general manager of Billy’s, said he was happy to organize the gathering and help those who might require a helping hand during the holidays.“This is very important because the New Braunfels food bank gets the majority of their supplies from the San Antonio food bank,” Sisoian said. “The food banks are really struggling this year, and for some families, it’s their only source of food. This way we can bring the cans directly to the source. We’re aiming to collect a year’s worth of donations.”

Sisoian said he was overwhelmed by the community’s willingness to contribute during a time of economic hardship.“Our phone was ringing off the hook,” Sisoian said. “Even people who couldn’t make it out to the turkey fry wanted to know how they could donate canned goods,” Sisoian said.

Volunteer Jared Bryan was one of the many who turned out to help cook and serve a Thanksgiving Eve meal.“I don’t think a lot of people realize how many families don’t get to eat a holiday dinner,” Bryan said. “This is a great way to help them out.”

The festivities featured high spirits, fresh food and live music. Father and son Mark and Taylor Stanley said they enjoyed helping the local food bank. “This is our first year to come to the dinner,” Mark Stanley, said.“I’ve recently read things about how the food banks have really been hit hard. We wanted to help,” he said.

Although the event was pre-turkey day, the night offered many elements of thanks and giving.“The response from everyone was terrific,” Sisoian said. “It’s a great feeling.”
Posted by Sam at 7:20 AM