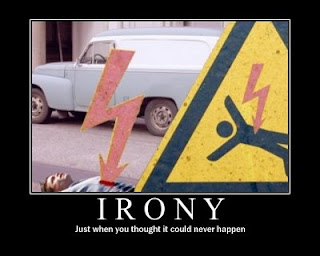 How tragic and yet, ironic.

Woman killed by husband's coffin en route to funeral
Associated Press -
A 67-year-old Brazilian woman was killed while traveling to her husband's funeral when a road accident caused his coffin to crash into the back of her head, national media have reported.
Marciana Silva Barcelos and her family were in a hearse on their way to a cemetery in the town of Alvorada in the southern Brazilian state of Rio Grande do Sul when the vehicle was hit by another car from behind, causing the coffin to hit the woman. She died instantly.
The woman's husband died on Sunday of a heart-attack at the age of 76 while dancing at a party.
Posted by Sam at 7:47 AM