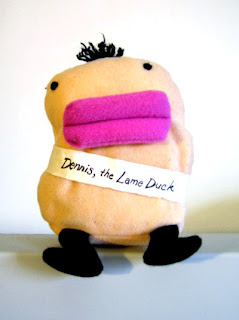 It seems to be a bit of an embarrassment to say the least.

The State does not appear in Court on a Motion to Quash regarding the indictments they've obtained?

A spokesperson for the Texas District and County Attorney's Association believes the indictments may be legally insufficient and says so?

Strange case takes a strange twist
Lynn Brezosky and Peggy Fikac - Express-News
RAYMONDVILLE — Lawyers for Vice President Dick Cheney and former U.S. Attorney General Alberto Gonzales were bewildered Wednesday when the prosecutor in a slew of indictments against them failed to appear in court.
Willacy County prosecutor Juan Angel Guerra's no-show ruined hopes their motions would quickly quash cases against their clients and stumped the presiding judge as well.
“At the very least, I expected the district attorney to be here,” Manuel Bañales said, asking Guerra's office manager, “Do you know where he is?”
The manager, Hilda Ramirez, was subpoenaed by defense attorney J.A. “Tony” Canales after buzz in the courthouse that Guerra was nowhere to be found. She told the judge she had been trying to reach Guerra all day.
Guerra led a four-month investigation that culminated this week with criminal indictments against Cheney, Gonzales, state Sen. Eddie Lucio, two state judges, a prison company and a warden, a special prosecutor, a district clerk and a justice of the peace.
Legal experts were stumped by the indictments, with most doubting that any of the charges had merit. Guerra's failure to appear in court Wednesday added to the mystery.
When Bañales asked Ramirez if she were concerned for Guerra's safety, she said she didn't know how to answer the question. Guerra's cell phone message box was full much of the day, but an assistant who answered the line late Wednesday said he was not ill.
Bañales said he would not hear the motions without the state present and set arraignments for Friday. He allowed all defendants to waive court appearances and appear via their lawyers, and he set a jury call for Dec. 8.
“The State of Texas is entitled to have its day in court,” he said, adding that he would write an order for Guerra to appear.
A number of experts were shaking their heads at the indictments. After reviewing a copy of the indictment against Cheney and Gonzales, Shannon Edmonds of the Texas District and County Attorneys Association said he'd never seen one like it.
“It's a creative indictment, but I don't think it properly alleges any crime,” Edmonds said. “It's more of just a rambling narrative ... I think a court will find that it's legally insufficient.”
The indictments center on two themes: prison contracts and the death of an inmate in 2001, and the investigation and arrest of Guerra himself. He has maintained that indictments brought against him alleging corruption — later dismissed — were prompted in part by his prison investigation.
In the motions to quash, defense lawyers argue that Guerra presented the jury with evidence with himself as the victim, and that the indictments fail to support the alleged offenses.
“The Prosecutor has usurped for himself the role of Prosecutor, Judge, victim, and director of the Grand Jury,” the motions say.
Cheney and Gonzales are charged with having influence over U.S. Immigration and Customs Enforcement and a privately contracted facility where at least one inmate died. Cheney also is charged with having a stock portfolio with investments in private prison companies.
GEO Group Inc. and Warden David Forrest are charged with murder and manslaughter in the inmate's death. Lucio, D-Brownsville, is charged with acting as a paid consultant on prison contracts in Willacy County and elsewhere in the state and thus profiting from the influence of his office.
Guerra, who overwhelmingly lost his re-election bid, has a reputation as a lone wolf against the justice system, at one point suing the sheriff, district clerk and county clerk.
Chip B. Lewis, a prominent criminal defense lawyer in Houston whose clients have included public officials and former Enron Chairman Ken Lay, said, “It's a shame. I'm not a Cheney supporter by any means; I'm a Democrat. But the misuse of our criminal justice system is apparent.”
Lewis, who's not involved in the Willacy County case, said, “I don't think he (Cheney) will ever spend a day in court.”
During the Clinton administration, there was a great deal of discussion of whether a sitting president could be indicted. But Ken Gormley, a law professor at Duquesne University in Pittsburgh who specializes in constitutional law and presidential power, said there isn't a similar question about whether a sitting vice president can be indicted — although he said based on what he's read of the indictment against Cheney, it appears weak.
T. Gerald Treece, associate dean and professor of constitutional law at the South Texas College of Law in Houston, said any such case against Cheney and Gonzales would properly be investigated by federal officials.
“If this DA can do this, then any DA in any county or parish could literally shut the federal government down,” Treece said. “I thought that it (the case) was suspect for another reason — he seems to be retaliating against his local enemies.” Cheney's personal attorney, Terry O'Donnell, called the situation “really bewildering.”
“It just seems bizarre that they would name the vice president in an indictment over an incident in a prison in 2001 about which he had nothing to do. ... We're just taken aback by it,” O'Donnell said.
Defense attorney Canales was incensed that the judge did not allow the motions to be heard because of Guerra's absence.
Posted by Sam at 5:07 AM