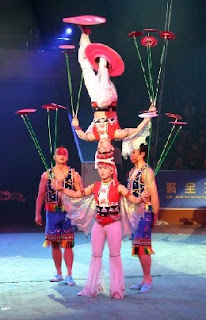 Good luck on this, get back to me when the VP appears in court. LOL

Nothing better to do down there I guess.

Cheney indicted in odd S. Texas case
By Lynn Brezosky and Peggy Fikac - Express-News
BROWNSVILLE — A district attorney with a reputation for wackiness and little time left in office has stunned observers by securing indictments against Vice President Dick Cheney, former Attorney General Alberto Gonzales and Brownsville Sen. Eddie Lucio Jr., among others.
Is this reality TV or something that will prove real?
At least for now, the White House isn't saying. But Lucio's lawyer described outgoing Willacy County District Attorney Juan Angel Guerra as a circus act.
Guerra, a 53-year-old Rio Grande Valley prosecutor who drew national attention for suing counterparts in the county justice system and staging a protest with barnyard animals, long has alleged high-ranking corruption in the deals that brought the impoverished county a $60 million immigration detention center.
On Monday, he got a grand jury to sign off on a slew of indictments including an acceptance of honorarium charge against Lucio and an engaging in organized criminal activity charge against Cheney and Gonzales.
“I didn't intend to go after the vice president. That was not my intention,” said Guerra, who dubbed the investigation Operation Goliath. “We just followed the money, followed the corruption. It just happened that it just took us all the way to Washington.”
Lucio's lawyer, Michael Cowan, fired back Tuesday with a news release trumpeting Guerra's continued “one-man circus.”
“Having been voted out of office, Willacy County DA commits one last act of political revenge,” Cowan said. “With only a few weeks left in his term, Mr. Guerra has again chosen to misuse his position in an attempt to seek revenge on those who he sees as political enemies.”
Cheney is accused of contributing to the neglect of federal immigration detainees by contracting for-profit prisons.
“By working through corporations as prisons for profit, Defendant Richard Cheney has committed at least misdemeanor assaults of our inmates and/or detainees,” the indictment reads, adding that a “money trail” can be traced to Cheney's substantial investments in the Vanguard Group, which invests in privately run prisons.
Megan Mitchell, spokeswoman for Cheney, said: “We have not received an indictment. We haven't received a call from the district attorney's office. ... We haven't heard anything from the district attorney.”
Guerra said he kept Operation Goliath secret for four months over concern that pressure would be brought to bear to stop it.
He said “everything was being worked out of my house” and only one trusted member of his staff knew about it. He said he enlisted the help of people all over the country and talked to witnesses all over the country. Everyone who helped was assigned a biblical name. Guerra was known as David.
He said the investigation continues and that when he leaves office, he'll probably ask for a special prosecutor to be named.
Cowan said he was working on a motion to quash the indictment against Lucio, which is based on allegations Lucio misused his contacts and influence as a senator in his consulting work. Guerra has said another company could have built the facility for half the cost.
“There's no crime here,” Cowan said. “The senator's done nothing wrong. Being a senator is not a fulltime job — you're allowed to have outside employment.”
Also named in at least eight separate indictments:
•GEO Group, Inc., formerly Wackenhut Corrections Corp., and David Forrest, a warden, for murder and manslaughter of an inmate in 2001.
•District Clerk Gilbert Lozano for official abuse of official capacity and official oppression.
•Special prosecutor Gustavo Garza for official abuse of official capacity and official oppression.
•Special prosecutor Mervyn Mosbacker for official abuse of official capacity and official oppression.
•District Judge Migdalia Lopez for official abuse of official capacity and official oppression
•District Judge Janet Leal for official abuse of official capacity and official oppression.
Guerra said he has requested that those indicted be given a summons to appear.
Guerra himself has faced indictment before and has defended himself in a colorful fashion while claiming to be the target of political vendettas.
In 2007, after being indicted on public theft charges, he camped in front of the county jail with goats, roosters and a horse to symbolize what he called a “circus” against him. Those charges were dismissed, as more recently were other indictments accusing him of corruption including tampering with government records and abusing his office.
Guerra later sued the county judge, county sheriff, county clerks, and others.
Guerra has contended the indictments against him were meant to keep him from being re-elected. He lost in the March primary election.
Regarding Lucio's comment that the indictments are a circus act, he said, “This was a grand jury that had been looking into this for the past four months. That's belittling the grand jury.”
Posted by Sam at 5:42 AM