Cheese it the cops! 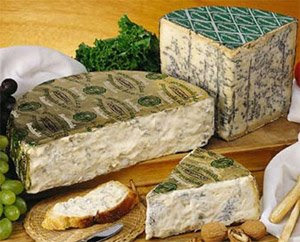 What a stink this raised.

Gun raiders flee cheese
A German supermarket cashier foiled three armed robbers by pelting them with cheese.
The masked men demanded the store's daily takings at gunpoint in Berlin-Wilmersdorf, but cashier Martina Bolle, 50, refused to hand them over.
Instead they fled when she grabbed packs of cheese from the deli counter and began bombarding the hapless gunmen with them.
"She hit one of them smack in the face with a very ripe gorgonzola which must have been like getting a dose of natural CS gas," said one shopper.
Posted by Sam at 7:24 AM