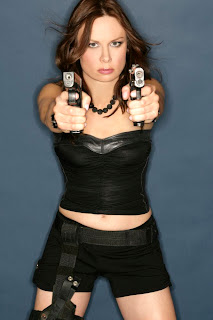 A verbal fight then shooting.

Probably arguing over something really stupid.

Man fatally shot just north of downtown
By David Saleh Rauf - Express-News
A man in his early 30s was shot and killed Friday evening at an apartment complex just north of downtown, police said.
Sgt. Arthur Lindley said the shooting unfolded after two men started arguing by the pool at the Brackenridge Hill apartments in the 1130 block of East Mulberry. Lindley said one of the men pulled out a gun during the argument and fired several shots, hitting the other man multiple times "all over," his body. He was pronounced dead at the scene of the 6 p.m. shooting.
The shooting victim was not immediately identified, but police said he appeared to be 33-years-old and lived at the complex. The gunman, who police believe fled on foot, also lives at the complex. Lindley said the two apparently knew each other but provided no immediate motive for the shooting.
No arrests had been made as of 7:30 p.m. and police remained on the scene.
Friday's fatal shooting is the second homicide in this area of East Mulberry in the last three months.
In late August, a 20-year-old man was fatally stabbed at an apartment complex across the street from Friday's shooting. Guadalupe Ayala was found lying in the pool area of the Mulberry Village apartment complex on Aug. 24. Police said he was stabbed multiple times after an apparent scuffle in the area.
Posted by Sam at 6:12 AM