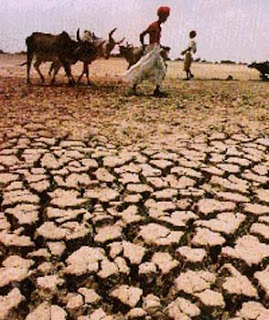 I tell you my lawn looks like a bowl of shredded wheat without the milk.

It is so bad that if my lawn had been alive it would have been shocked to death by the appearance of the approximately 45 seconds of rain we got yesterday. Forty-five seconds! That's all the rainn I think we've gotten at my house in the last 8+ weeks!

Drought worsening in S.A. area
By Glenda Wolin - Express-News
The latest U.S. Drought Monitor, released Thursday, puts Bexar County into the “extreme drought” category for the first time since mid-August.
Extreme drought, the second-to-worst category, has spread from 5 percent of Texas to 6.8 percent since last Thursday, according to the Drought Monitor. That's a 36 percent increase.
Although a large area of North Texas has been moved from no drought to the lowest, or “abnormally dry,” category, the more severe change has been in South Central Texas. Wilson, Comal, Guadalupe and most of Karnes counties are now in extreme drought in addition to Bexar County. Nineteen counties are completely or mostly in extreme drought; last week 14 were.
In Southwest Texas, part of Webb County moved from no drought to abnormally dry.
Bexar County Judge Nelson Wolff signed a local declaration of disaster Thursday that prohibits certain types of outdoor burning for seven days in all unincorporated areas of the county.
Wolff made the declaration because of persistent dry and windy conditions in the area, not because of the drought ranking.

The order prohibits igniting items such as household trash and paper, wood, brush, fireworks, liquids and metal powders, according to a county news release.
Outdoor welding is also prohibited unless the Bexar County Fire Marshal's Office is presented with a comprehensive safety plan and a complete description of the activity before conducted, the release said.
If the weather conditions continue, the Commissioners Court at its next meeting could enact a 90-day burn ban.
Karen Guz, director of conservation at the San Antonio Water Authority, tried to maintain optimism about the drought situation.
“What we hope for, of course, is that we receive some good recharge rain,” she said. “What we want is to start in January with an aquifer at a good, healthy level.”
She suggested that people can cut way back on watering. Although afternoon temperatures are still warm, nights have begun to cool and the water needs of plants have dropped considerably, she said, adding that pumping levels indicate that people are watering more than they need to in November.
The forecast for San Antonio calls for a roller-coaster weekend. Cooler weather will prevail today, with a high of 77 and a low tonight of 47. Saturday will see warmer temperatures, with a high of 82 and a low of 54, but Sunday the high will reach only the low 70s. A 20 percent chance of showers is forecast Sunday night.
Posted by Sam at 7:23 AM