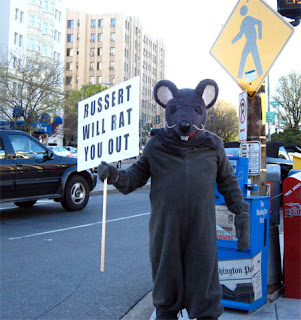 Make some extra cash for the Christmas shopping season!

Don't worry about the economy.

ALBUQUERQUE, N.M. (AP) -- The Albuquerque Police Department has turned to the want ads for snitches.
An ad this week in the alternative newspaper The Alibi asks for "people who hang out with crooks" to do part-time work for the police.
It reads in part: "Make some extra cash! Drug use and criminal record OK."
Capt. Joe Hudson says police received more than 30 responses in two days. He says one tip was a "big one" but won't elaborate.
An informant whose tip helps officers arrest a drug dealer could earn $50. A tip about a murder suspect could bring up to $700.
It's not the first time the department has run ads. In a program 10 years ago, police received so many calls they turned the phones off.
Posted by Sam at 7:13 AM