There's a new Sheriff in town 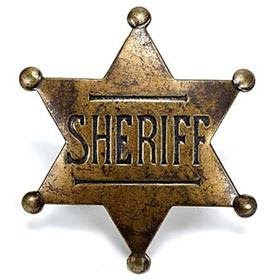 You are now on the front lines of the War on Drugs.

Brownsville indicted sheriff's post is filled
By Lynn Brezosky - Express-News
BROWNSVILLE — The former chief deputy of the corruption-plagued Starr County sheriff's department was named sheriff Monday as imprisoned Reymundo Guerra awaits trial on charges he used the office to assist the Gulf Cartel.
Rene Fuentes had been acting sheriff of the remote border county since early October, when the FBI arrested Guerra under a 19-count federal indictment naming him as one of 15 conspirators in a drug ring.
Guerra, 52, resigned as sheriff Oct. 20 in hopes of convincing a federal magistrate he would not be able to continue providing law enforcement intelligence to Cartel members as alleged in the indictment.
The bid failed, and he remains in the Webb County Jail.
It has been unclear how the county would handle Guerra's new term as sheriff beginning Jan.1. Guerra ran unopposed to continue the post and officials have said they would let Guerra have his day in court.
But there is now an unopposed government motion to postpone the trial until January.
“I anticipate that he will resign,” defense attorney Philip Hilder said Monday.
Guerra meanwhile is hoping a federal district judge will reconsider a magistrate's refusal to set bond.
In a 32-page motion to revoke Magistrate Judge Dorina Ramos' detention order, Hilder argues that Guerra will have no access to police databases and that “recidivism is out of the question.”
Hilder further argues that the evidence includes wiretaps of thousands of phone calls that he can't currently review with his client. Guerra is under administrative segregation, which means he is being kept apart from other inmates and has only one hour a day to shower, exercise and meet with an attorney.
“It is virtually impossible to listen to the tapes and properly prepare a defense with Mr. Guerra's input,” Hilder said in the motion.
Guerra has pleaded innocent to three charges, including conspiracy, accessory after the fact and using a telephone to further a drug conspiracy. He faces 10 years to life in prison plus a $4 million fine on the conspiracy charge alone.
If convicted, he will be the second Starr County sheriff in a row to serve time.
Eugenio Falcon pleaded guilty in 1998 to accepting bribes from a bail bondsman in return for inmate referrals. Falcon is currently the administrative assistant to County Judge Eloy Vera.
Posted by Sam at 5:48 AM