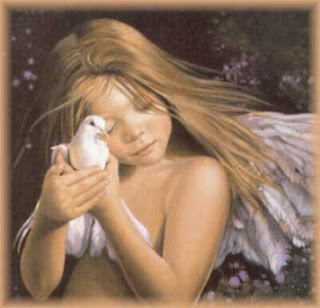 I hope she has a full and complete recovery.

Father of injured infant arrested
Express-News -
Police arrested the father of a 3-week-old baby girl Monday after doctors determined the child suffered injuries consistent with shaken baby syndrome.
Police spokesman Sgt. Gabe Trevino said relatives took the baby to Santa Rosa Hospital late Sunday when she wouldn’t stop vomiting.
Her father, Brandon Esquivel, told police the baby hurt herself after falling off a pillow. He said he picked her up but she was already injured.
Esquivel, who turned 23 today, was charged with assault/serious bodily injury to a child. He had bail set at $50,000.
Late Monday, Brooklynn Ray Esquivel was in poor condition with internal injuries and bleeding around her skull.
Posted by Sam at 5:41 AM